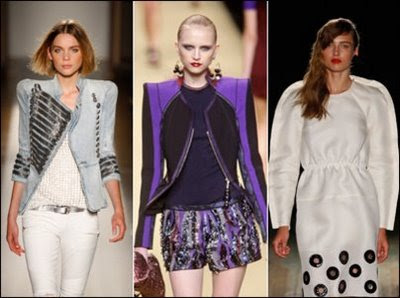 FASHION - Shoulder pads are back. Its getting a revival in Spring 2009 and is largely result of the current American recession. Balmain, Louis Vuitton and Proenza Schouler: They all have retro-80s shoulder padding.

When the going gets tough, the masses seek clothes that pump up their volume, providing them with the illusion of strength and substance.

Besides, shoulders were already swelling or extending outward early last year at labels like Martin Margiela and Balenciaga so this is just following a growing trend.

Blame it on the current '80s vibe in the fashion industry.

After the return of leggings, drop-crotch pants, jumpsuits and DayGlo colours its too late now. The eighties are now back in fashion.

If you hated the counterculture '80s you are probably dreading this shift. If not, then you're likely rummaging in your closet for your old clothes that are suddenly back in style.

Its not just the fashion industry either. New music and TV shows are mirroring ideas from the '80s too. An excellent example is "Wild Roses", a clear ripoff from the popular '80s show "Dallas".

Shoulder pads was in the 1980s had a feminist kick, when women wore them to compete with men in the boardroom. Today women no longer feel the need to puff themselves up artificially to compete. 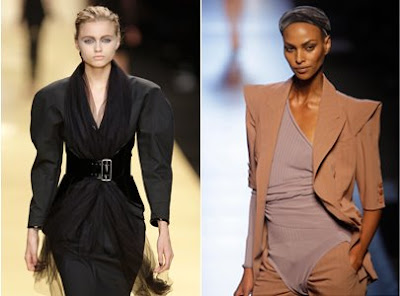 So why the shoulder pads?

Part of it is the green movement and the economy. People want to save money and reuse old clothes. They find the clothes in their mom's closet and the next thing you know they're wearing them to school and starting a fashion trend.

Not unlike the 1940s, the other time shoulder pads were popular. Following the Great Depression of the 1930s, the '40s became known for strictly tailored jackets with sharp, squared-off shoulders in order to save fabric.

Designers also point out that we've embellished clothes as much as we can. The only thing left now is to change the shape and silhouette.

Plus it makes the hips look narrow. Like you've just lost 10 pounds off your hips.

See Also:
The Rise of EcoFashion
Eco-Fashion in Europe
Posted by jamie
Email ThisBlogThis!Share to TwitterShare to FacebookShare to Pinterest 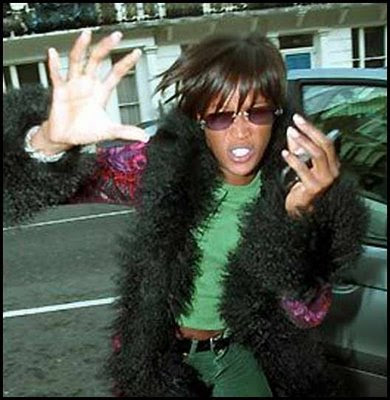 FASHION - Supermodel Naomi Campbell has ended her legal tussle with a former maid Gaby Gibson who accused the supermodel of hitting her and calling her names. Gaby Gibson worked for Campbell from November 2005 through January 2006.

Terms of the settlement are confidential, but a lawyer for the 38-year-old Naomi Campbell says both sides are pleased with the outcome.

Gibson claimed in her lawsuit, filed in Manhattan, that the British fashion model and catwalk star also threatened her after being unable to find a pair of designer jeans. 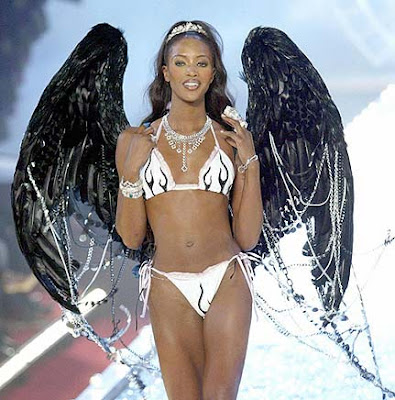 Naomi Campbell then attacked the maid and threw her cellphone at her.

Campbell has a notoriously bad reputation for losing her temper and attacking them with small hard objects.

In 2005 Naomi Campbell attacked a personal assistant with a Blackberry, a charge to which she pleaded guilty and settled out of court.
Posted by jamie
Email ThisBlogThis!Share to TwitterShare to FacebookShare to Pinterest