You guys have got to check this video out!! Tyra hasn't changed ONE BIT!!

Very candid interview done with Tyra banks and John Campbell in New Zealand. I would say a must see interview!! Click here ---> http://www.3news.co.nz/John-Campbell-interviews-Tyra-Banks/tabid/367/articleID/134418/Default.aspx to see the full interview with no stops inbetween!

Also I just got hold of the interview Cate Owen did with Tyra for Sunrise New Zealand! here is the link to that interview!http://ow.ly/MMSu Enjoy! 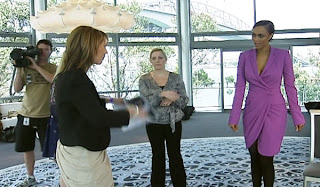 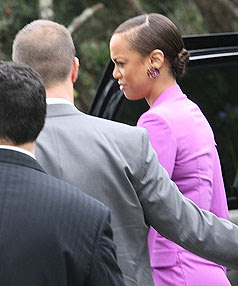 Earlier today I posted the first pic to surface of Tyra in New Zealand via twitter! check it out below! Also click here---> http://www.theedge.co.nz/Shows/FletchVaughan/tabid/89/Default.aspx to listen to Tyra shout to Fletch and Vaughan in what they say is a "really bad English accent!" gotta love it! 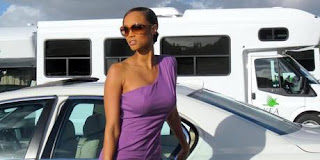 This reminds me of what she teaches the top model girls all the time about modeling even when you aren't! Love THIS!!

There has been alot of sneakines and mischief on the hands of Top model producers and Staff starting from the first day the top model contestants arrived!

Lets start with the arrival of Miranda Kerr Australian Supermodel and also a victoria secret model's arrival into New Zealand. I cannot say whether or not she will be on cycle 14 ANTM but she was pictured coming through the gate shortly after Mr. Jay! The twist here is...she walked straight past any of the ANTM production staff and headed in the opposite direction with her boyfried Orlando Bloom hmm..... 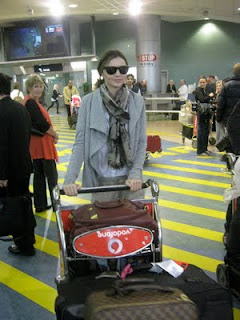 *A secondary theory is that Orlando Bloom (star of Lord of the Rings) will be making a guest appearance for the photoshoot planned for the girls entitled "Lord of the Bling" <-- I don't know how much truth there is to that one.

Then there was the arrival of the ANTM contestants! The new zealand press hounded this woman (pictured below) thinking that she was Tyra banks. They yelled "Tyra Tyra Happy Birthday, Tyra can you give us any info on the upcoming cycle" and things of that nature! Of course we know this was not Tyra and was rumored to be a contestant. Now my belief is that this is another decoy because there were three other girls who were being surrounded by umbrellas and scarves so much that they were unable to be seen! So could be it be that only three girls will be going overseas?? Also keeping in mind that they will only be filming their for 12 days! 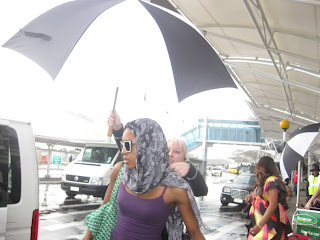 Lastly there was the "arrival" of Tyra Banks at the New Zealand airport late friday early saturday morning. Production staff surrounded the woman below with umbrellas and wrapped a scarf around her to give reporters and fans the belief that Tyra was indeed in the country.

However, pictured below are pics of Tyra leaving the U.S. airport later saturday night! 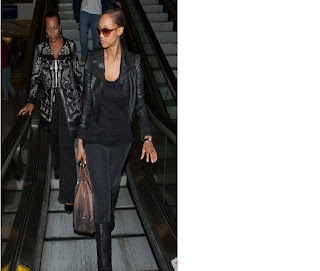 Does anyone else find this very entertaining?? There is so much more that I can't even begin to touch on!
Posted by jamie
Email ThisBlogThis!Share to TwitterShare to FacebookShare to Pinterest
Labels: ANTM cycle 14, New Zealand, Top Secret

Here are a few pics from Elmo, coookie monster, and Rosita's visit to the Tyra show!! They also took pics with some of the staff!! 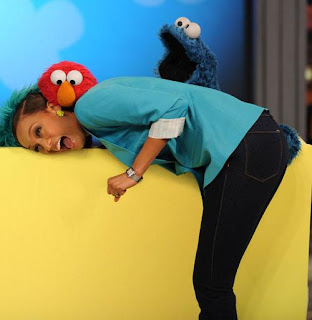 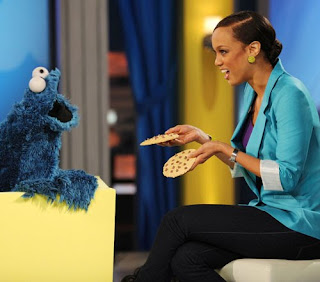 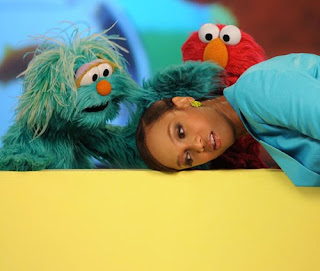 Fast forward to the 6:00 minute mark to watch the mini tribute to Tyra Banks at her last victoria secret fashion show back in 2005. I swear the show hasn't been the same since she left...then again it may have, I just haven't watched. Im thinking I may tonight for Chanel Iman...she's another GREAT in the making!