For a limited time only; Ty on Conan

Im sure this video will be taken down soon, But somehow I managed to find it again. Enjoy it while you can!

Tyra at the 16 second mark on this video is absolutely BREATHTAKING!! I know y'all agree with me on this one right?? I screamed when I saw this and Had to post!! Enjoy!

Couldn't let All Star Weekend go out without posting our very own Tyra banks duet with Kobe Bryant at all star weekend back in 2000!! hahahaha Good times good times!! *sings K-O-B-E I L-O-V-E YOU, and I think you are very fine"

New Cycle 14 promo! If you don't know who Andre Leon Talley is GOOGLE HIM!! The girls are going to have there hands full this cycle with one of the most respected names in FASHION HISTORY!! CAN'T WAIT!! Check him out in this video below!!

I don't want to give too much away before the cycle starts so I am not listing the girls names and chose this picture to post. Hopefully there will still be some secrecy about which girls will make it through to the actual competition!! Any pre season favorites!!? 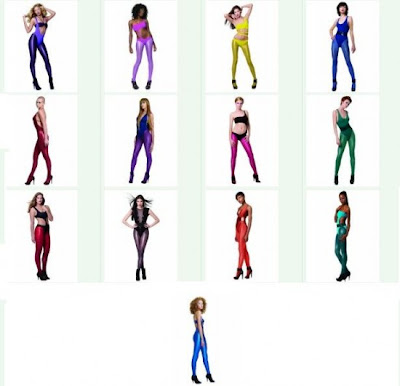 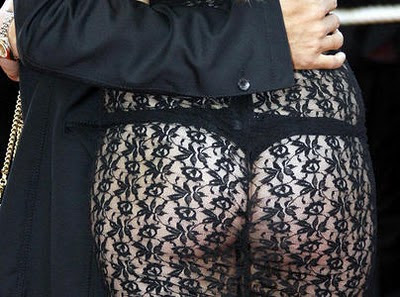 FASHION - Its confirmed, the thong is dead as a fashion item.

Oh sure, some people (who don't have a clue) will continue to wear the thong, especially if they're hicks or just mucking around with their boyfriend... but as a serious fashion item (ie. supermodels wear it on fashion catwalks) the thong is dead.

Some say Monica Lewinsky kick-started her affair with Bill Clinton by showing him hers.

Some say the thong is uncomfortable, impractical and leaves nothing to the imagination.

All we know is its dead, maybe not as dead as powdered wigs, but certainly dead as far as the lingerie industry is concerned.

In the glory days of the thong it never once outsold women's panties, briefs or even jockeys. What it had instead was media attention. 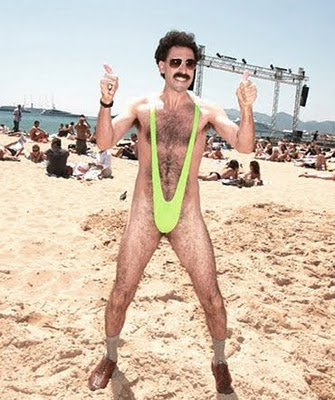 During the 1990s the thong was on the catwalks, it was promoted by Cosmopolitan, it broke rules for what was considered sexy... and the next thing you know people were wearing them in public, accompanied by low-rise jeans and Sisqo wrote "The Thong Song"...

But beyond media fluff, celebrities and supermodels, teenagers and young women wearing them... it never truly became mainstream.

And then the movie Borat came along... in which he wore an electric green, V-shaped thong swimsuit wedged deep between his hairy buttcheeks.

In fashion terms the thong was now passé. It was done and over with. Next please! 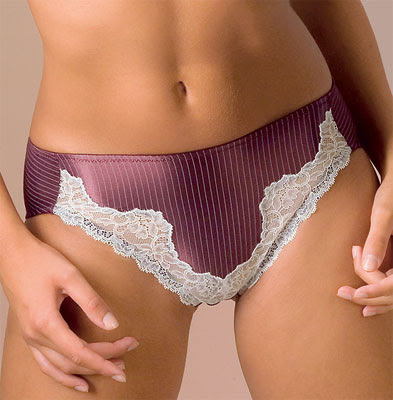 So instead what I am predicting is lacy briefs... but worn in such a way that people can see the top of them. Just a peak.

In my opinion silk and lace will never go out of fashion. They're just too comfortable and enjoyable to wear. The trick is to make a fashion statement with them by letting people actually see them a little. That way they know what you're wearing and say "Hey, thats damn sexy. I want some too!"

If anyone asks you can just say they're really comfortable, but in reality you will know they're also totally sexy otherwise they wouldn't have asked about them anyway.

The trend now is to give people a glimpse of your underwear... just an inch of that highly decorative lacy bra, an inch or two of your snug lacy panties... its playful and suggestive (and probably not good to be wearing at work), but it gives a bold fashion statement about what you think is sexy.
Posted by jamie
Email ThisBlogThis!Share to TwitterShare to FacebookShare to Pinterest
Labels: lingerie

So some of you know that this past week 4 other girls and I were invited to go up to New York for a taping of the Tyra show. This of course did not come easily we were grilled with ALL sorts of questions to prove that we were Tyra's BIGGEST fans or as they called us SUPER FANS!!! I cannot touch on what the show was about at this moment because it has not aired, But I will tell you that I was so glad to be apart of this show because not only was it for her superfans but about something she is VERY Pssionate about!

The question I keep getting from everyone around me is what is Tyra like!? Alot of people say that when you meet your hero or someone you look up to you probably won't like them as much anymore, but with Tyra it was the complete opposite. If it's possible to give her any more love and respect than I allready had then that is what happened. This lady is so Genuine and so REAL it's crazy!! She could have easily done what she was suppose to do, (ask us our questions shoot a smile our way and call it a day) but that was not the case! The LOVE was truly there and felt. She talked to us in between breaks, invited us to sit in the audience and finish watching the taping (even tho some of the staff were trying to shoo us back upstairs to our green rooms), and as if that wasn't enough for the last segment she called us back on stage and we got to help her answer questions. It was simply AMAZING!!! Actually there are no words to describe it!

Needless to say she is absolutely stunning up close. If you are like me and you see pics and watch her on tv and you're just in awe it's like 10x that affect when you are staring her eye to eye!! In my opinion, she wasn't even wearing alot of makeup becuase you could still see her freckles!! Even though she is beautiful on the outside it was her inner beauty that really got to me... JUST WOW!!

We also received autographed pictures of Tyra with our names on them saying Stay fierce love Tyra, which is something else she did just because she wanted too! We got them in the green room before the show and I immediately broke out into tears!! I was so scared because I had already gone through hair and make up and they said I better not cry and mess up their work, but I couldn't fight the tears. I just stared at the picture in disbelief and kept questioning "Why Me?" It was unreal!

Now here is where i really did some growing emotionally once again at the hands of Tyra. As we were leaving I was suppose to be riding to the airport with one of the girls and her mom. As we were walking out the door one of the producers said that Tyra wanted to see her and only her for a quick second. MY HEART DROPPED!! I wasn't mad at Tyra, I wasn't made at Emily, I was mad at myself. And I'll be honest I felt like OMG Tyra doesn't like me!! (crazy right? sorry Im only human!) I went on and got in the car and started my descent to the airport with tears in my eyes! We probably got 2 blocks up the street and I checked my self. I just experienced THE BEST DAY OF MY LIFE and experienced something I couldn't have even dreamed of and realized that I was being SELFISH!! There are SOOO many girls who would have Killed to have been apart of what I had been apart of. I wiped the tears from my eyes and thought about all the things tyra has given me,(strength, confidence, a belief that I can do what ever I put my mind to, and I have almost defeated my fear of planes w/ch i only got on to go see Tyra) And that is something no object could ever compare too... EVER!!!

So Tyra if you are reading this, I cannot say thank you enough and I really can't even put into words how much you have done for me or even begin to Thank you enough! Just know that YOUR spirit lives in me and that it lives in my friends through me and so on and so on and That your message has reached millions whether they want to admit it or not. YOU HAVE IMPACTED OUR SOCIETY IN A WAY NO ONE ELSE HAS AND WE THANK YOU FOR THAT!! So on behalf of all your fans and super fans We love you Ty and we thank you so very much!

* What has Tyra given you? Not materialistically..But to become a better person? I want to know! And please Never give up on a dream, because dreams do come true! They may not happen when you want them to But they come when they are suppose to!